The picture shows two members of the Horsham Geological Society searching for fossils in Farley Quarry during the KGG Field Trip to Shropshire. Farley Quarry lies just north of Much Wenlock.

The strata exposed in Farley Quarry consist mainly of Wenlock Reef Facies interbedded with nodular and tabular limestones of Silurian age and display clearly the particular feature known as "ball stones". In the deeper parts of the quarry the strata gradually pass downwards into the Farley member.

The Wenlock Series was subdivided by Bassett et al (1974) into bio-zones based on graptolite fauna and the Farley Member is placed at the top of the Coalbrookdale Formation. Within the Coalbrookdale formation, the uppermost mudstones of the underlying Apedale strata grade upwards over some ten metres into an alternating sequence of grey, shaley mudstones and thin, nodular, buff to blue-grey limestones - the Farley Member.

The Wenlock Limestone Reef Facies are most clearly seen in the recently cleaned up south face of the quarry. The formation consists of 30 metres of nodular limestones and siltstones containing large masses of extremely fossiliferous, unbedded "ballstones". Murchison (1872) was the first to point out that the ballstones resembled coral banks. A century later, Scoffin (1971) concluded that they were most likely formed at the seaward fringe of reef belts where the sea was no deeper than 30 metres but where the reefs were not liable to damage by surface wave action. 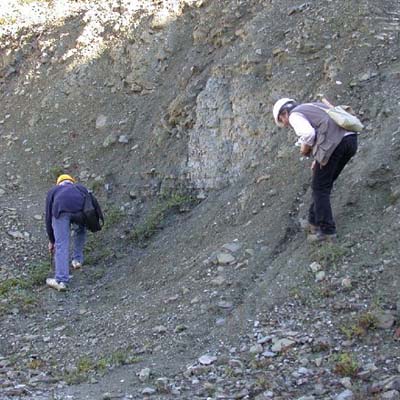