Calcite from Franklin, New Jersey is renowned for its red fluorescence under short wave ultraviolet radiation.

A co-activator, probably lead, is also necessary to absorb the ultraviolet radiation and transfer the energy to the manganese.

Though this specimen of calcite comes from Langban, Sweden it is likely that its red fluorescence is also caused by partial replacement of calcium by di-valent manganese. 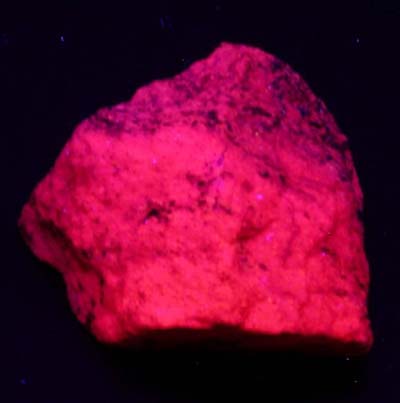