Coral is the name given to sea-floor dwelling, attached Onidarians (formerly known as Coelenterata) of the class Anthozoa. Corals may be solitary or colonial. Colonial corals create coral reefs. Corals secrete a calcite skeleton that preserves well as a fossil.

The Carboniferous Dibunophylum bipartitum, shown in the picture, is a solitary coral from the north of England. 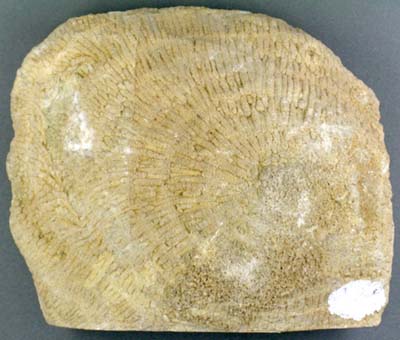