'Belemnite' is the name given to the fossilised remains of any member of the extinct order Belemnitida, of the class Cephalopoda, phylum Mollusca.

Fossil Belemnites are the equivalent of the "cuttlefish bone" that is given to a budgerigar to exercise its beak. The Belemnite was the inside skeleton of the animal which had tentacles extending from the blunt end.

This picture shows an un-named Belemnite species, dating from the Jurassic period, from southern England. 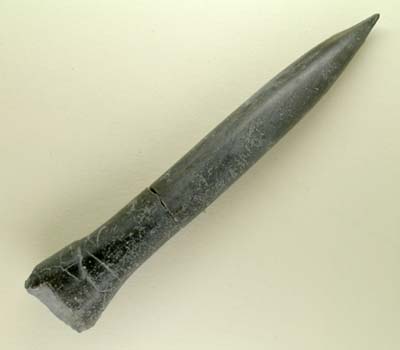