Annabergite is a rare secondary mineral formed by oxidation of cobalt and nickel arsenides and sulphides in hydrothermal deposits.

It is sometimes described as an apple green variant of Erythrite. Erythrite is a purple colour and is cobalt arsenate.


The mineral is named after Annaberg in Germany where it was originally found. The specimen in the picture came from Lavrion in Greece. 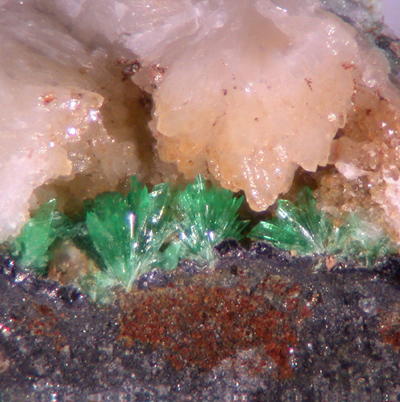