Autunite occurs as a secondary mineral in the oxydation zones of  uranium deposits, in pegmatites and also in uranium-rich sedimentary rocks. It is a uranium ore material and is strongly radioactive. It frequently occurs in association with other secondary uranium minerals such as torbenite. It is found in many locations world-wide, such as the USA, Australia, South Africa, Germany and France. Its name derives from Autun in France. In the UK it is found at St Austell in Cornwall.

The specimen shown in the picture comes from Assuncao Mine, Aldela Nova, Satao Province, Portugal. 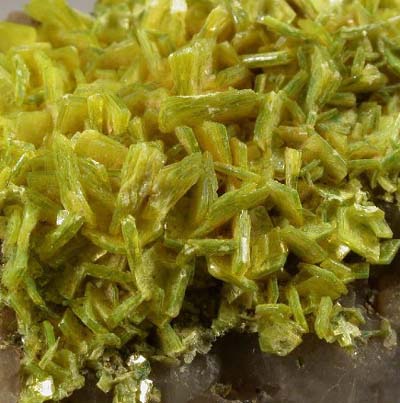